Eternal Darkness: Sanity’s Requiem released on the Gamecube in 2002. The game is a 3rd person, survival horror that features elder gods and controlling multiple characters throughout history. The game itself is more remembered for its sanity effects. As you control characters, you will be attacked by Eldritch horror-esque monsters. When your character encounters these monsters, they will have a dip in sanity. Their sanity can be regained by killing the enemy with a finishing move but sometimes this just isn’t an option without risk of death. There are also monsters that focus primarily on attacking your characters sanity. More than likely as you progress as this character their sanity meter will deplete quite a bit.

This leads to some scary, unnerving, goofy, confusing situations. Whilst, your character is losing their marbles you will hear them muttering to themselves things like ‘This can’t be happening’. And, when you transition to a room there is a chance of a sanity effect taking place. These can include: 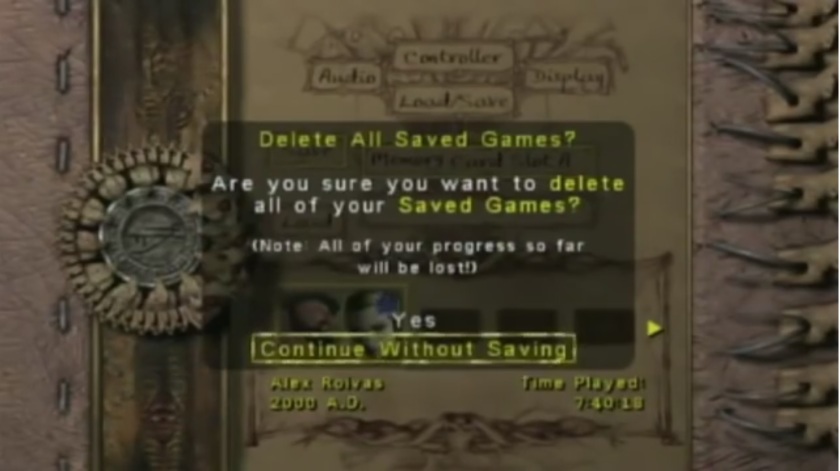 Other grim effects involve finding a man hanging from the ceiling or your character finding themselves in a bathtub of blood. There are loads more sanity effects too and it really helps to set the game apart from others. I would find myself purposely trying to lower my sanity just so I can see more freak out moments. A great horror game, just a shame the planned sequel never came to fruition. I’ll never forget the mini heart attack, thinking I just deleted my save data. Good times.